My 1974 unpublished manuscript on creativity, "The Two-Way Street", had chapter 11, pp 65-69 titled ART start with the following extract below.

Art is often linked closely in our thinking with creativity.  Evidence of this is the difference in price of a masterpiece and its copy done with equal technical skill.

Creativity is developing the new and creative artists have more than technical skill, in that there is something new about their work - a new insight in an old medium or an old or new insight in a new medium or modification of a medium.

The new or novel may entertain, but it is not truly great art, unless there is a message of importance and permanence (except in the performing arts), with perhaps the evocation of emotion, giving an insight into reality.  I think social values are important in judging art.  Thus the nude can be beautiful but the lewd cannot.  Beauty and perhaps art are still, as the old axiom says, in the eye of the beholder.  And, as most artists know, the setting has a profound effect on what the eye sees.  Thus concerts are rarely given in boiler factories.  I find more beauty in the simple, and the ornate or detailed must have an aspect of simplicity to be beautiful.  But putting my personal tastes and judgments aside, may I give a couple of examples of some simple approaches to the new.

I sometimes make visual displays I call anemographs.  I was present when the first one I know of was made in Tasmania.  Several of us took our lunch breaks together at the University of Tasmania in 1956, and we entertained ourselves at the suggestion of Dr. Harold Reynolds with some doodling, and also cooperative or progressive doodles.  Leon Hughes was making some rather graceful ones (see Fig. 11-1) when the ink on his pen blotted and he instinctively tried to blow the drop off his doodle.  It streaked out in an interesting pattern.  This serendipitous discovery was quickly converted into several intentional variations. 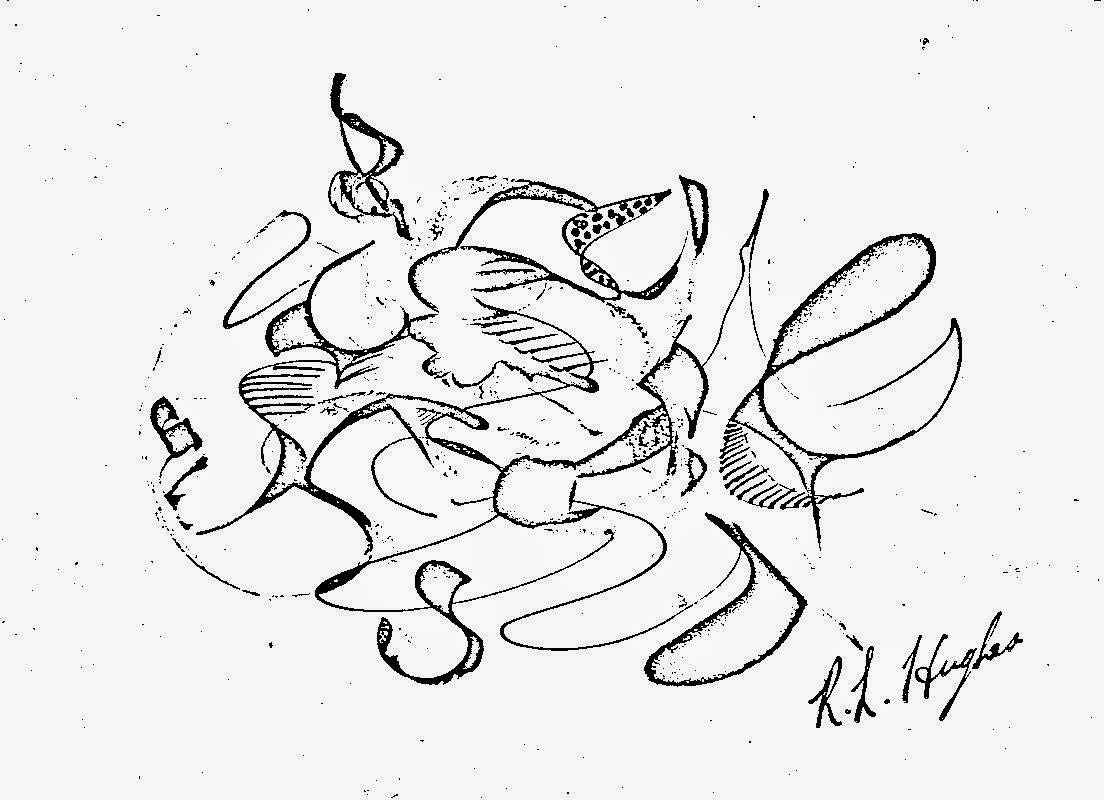 After returning to this country, I experimented further with the technique and found it produced rather uncertain results with a characteristic nature.  The art consultant on a TV program where I displayed them thought they resembled Japanese calligraphy.  Figure 11-2 shows an example of this technique of dropping ink and blowing it around without the use of pen or brushes.  It's fun and maybe entertaining, but it is not art. 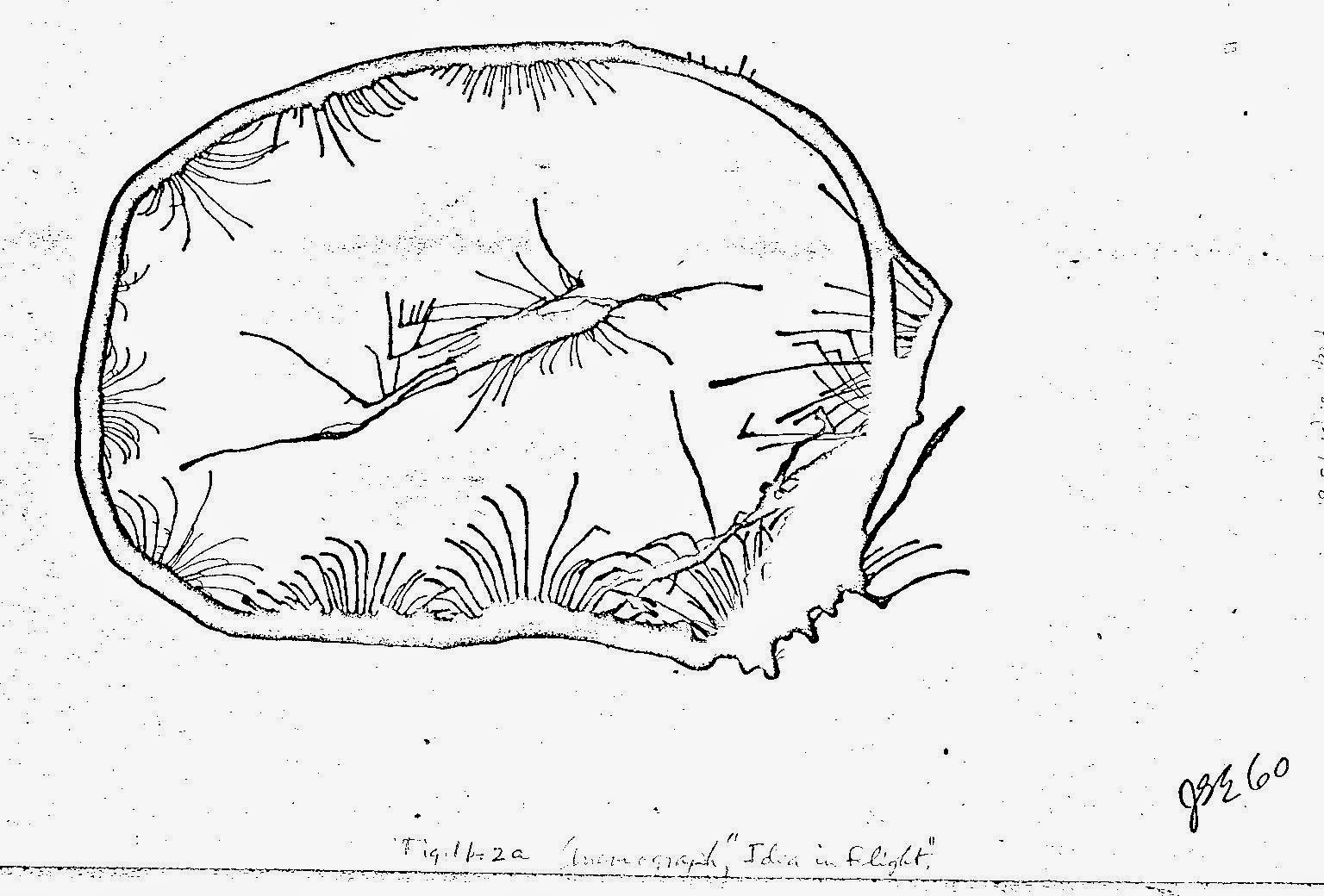 My incompetence with the internet made me take this way to thank the authors of first two comments, Patrick and kylie, in about ten months of blogging.  I picked the topic above because it included Tasmania, recently visited by one of you.  When I started this blog it was primarily to get my novel ideas about evolution into some form for posterity.  I didn't care too much about getting them into print before I died, I just wanted to make sure they were available for posterity.  I was concerned that they would go out with the trash after I died so I thought if they were on the internet they might be there (figuratively) forever.

Posted by Evolution Insights at 10:12 AM