The previous post described a possible link between sponges and cnidarians that had previously been alluded to in a post on July 18, 2013.  In a post before that, I had listed references helpful in understanding the protostome-deuterostome link.  But none to date have mentioned the following reference.

Their abstract contains the statement that they inferred from their data "that the animals and fungi share a unique evolutionary history and that their last common ancestor was a flagellated protist similar to extant choanoflagellates."  I had not annotated their article in my reference list and just this week ran across the issue with it while looking for something else.

All groups of living organisms were undoubtedly very closely related in their early beginnings.  But their work was probably part of my subconcious in noting the amoeboflagellates were likely precursors of choanoflagellates and the colonial Proterspongia leading to the sponges. 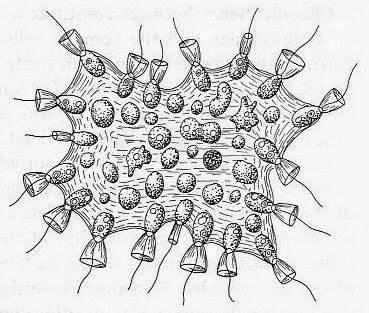 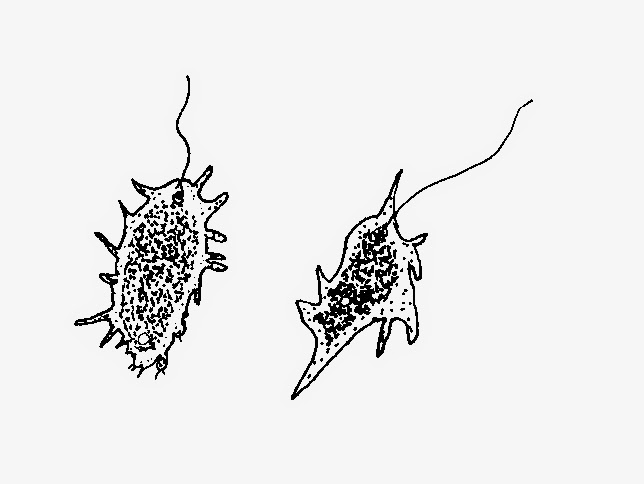 The evidence for relationships of plants, fungi, and animals is not very clear.  In that early cluster of living forms, before simple animals and simple plants evolved along with fungi, many overlapping and/or shared features existed.  Wainright et al. did a fine job of using multiple characteristics in their analysis, but a few differences in loss or retention of features could modify the result considerably.  Still their analysis is perhaps the best available given the problems created by thinking used in molecular phylogenies noted in my May 31, 2013 post, "Science screw-up No. 1".

If you are new to this blogsite, the most important new information is scattered through evolution posts attempting to show the unique importance of the Pogonophora in understanding variable rates of evolution and the close link of deuterostomes, such as chordates, to annelid ancestors.  That link was first suggested over a century ago but rejected successively by faulty application of embryological theory, and then by molecular genetic errors as noted in the post referenced in the preceding paragraph.  So you can search through my posts on annelid theory to get the evidence.

Posted by Evolution Insights at 2:06 PM No comments:

Earlier posts have discussed the evolutionary path leading from sponges to anthozoans to hydrozoans to turbellarians.  Gross structural comparisons were major contributors to that understanding.  But the nematocysts, found in the Cnidaria, which are the basis for the phylum name, are such specialized cell organelles, and only produced in the Cnidaria, also contribute to understanding the sequence of the three phylum connection.

When nematocysts are occasionally found in another phylum, they originate from cnidarians preyed upon by those individuals that have them.  Octopuses have been found to use cnidarian tentacle fragments along their own arms to obtain the benefits of nematocyst use.  Some other mollusks digest cnidarians without disrupting the nematocysts which then arrive at their outer surface in a functional state.

The hydrozoan medusa-triclad turbellarian connection indicated by gross morphology fits well with the transition of nematocysts to rhabdites, the peculiar cell organelles in the epidermal cells of turbellarians. The tubule that everts from a nematocyst is no longer evident but the function of the secretions delivered may have survived or been modified to the ones of turbellarian's rhabites.

Sponges have a plethora of chemicals of use for their protection.  Being attached and lacking much to physically protect them, other than spicules, toxic and other obnoxious chemicals may have provided protection from many types of organisms.  Spicules may have been coated with such chemicals and delivered them to both large and small potential predators.  The discovery of spicules in the apex of some nematocysts or cnidarians provides inspiration for a structural transition from sponge spicule function to cnidarian nematocyst structure as diagrammed below. 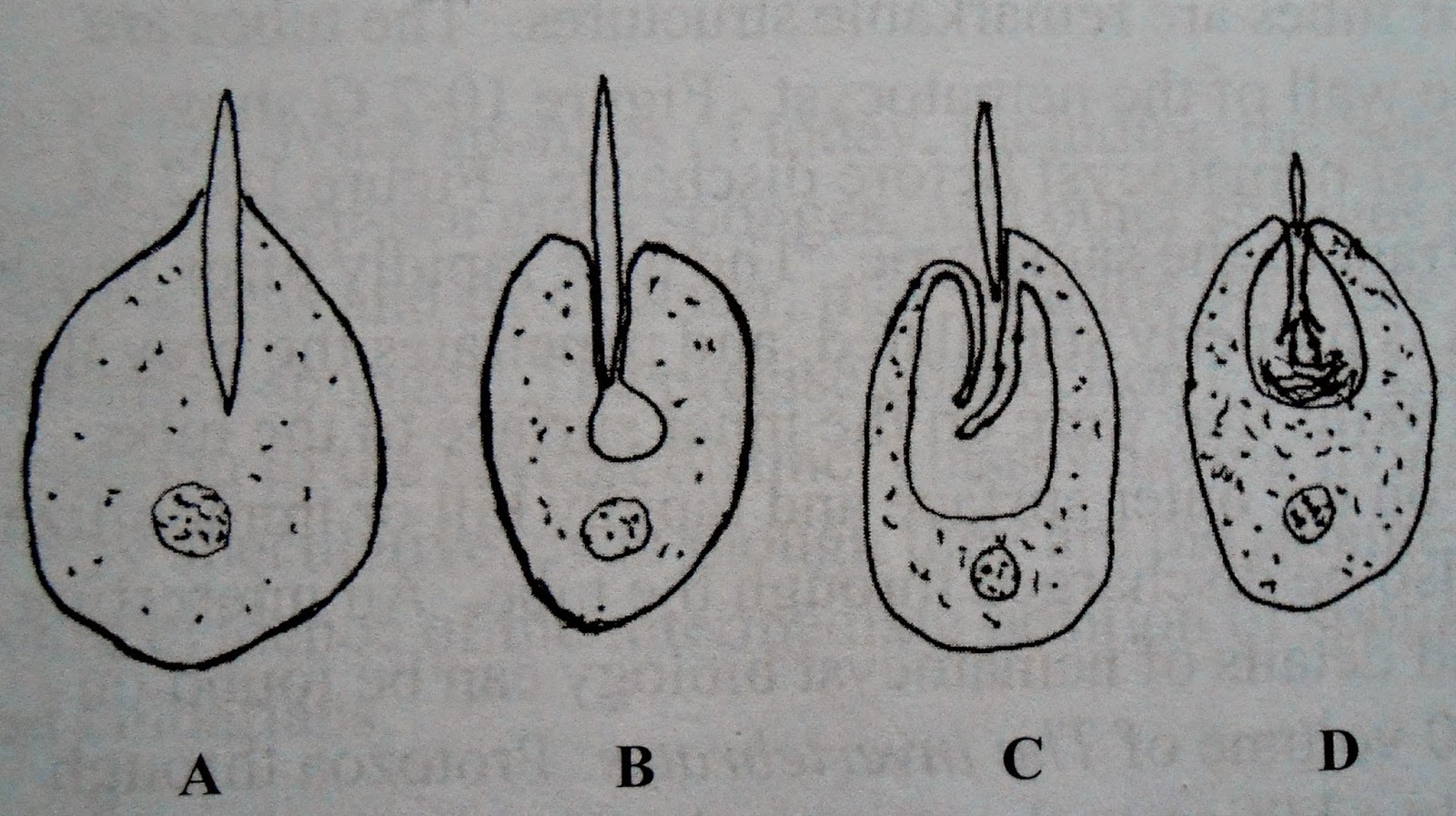 A.  A sponge cell with an emphasis on mechanical protection via a spicule.
B.  Improved intermediate stage (hypothetical) with reservoir from chemicals coating spicule.
C.  Selection yielding larger reservoir of chemicals (hypothetical).
D.  Final stage- a nematocyst-containing cell of a cnidarian.

There are other possibilities for nematocyst origin that seem less likely now that some are known to have the apical spicule.  One of those alternatives may have been transition from a choanocyte rather than from a spicule-secreting cell.  It is possible, especially in view of the variety of nematocysts in hydrozoans, that more than one origin did occur, perhaps illustrated by the diagrams below.

In view of the ease of evolving a complex structure from a pre-existing structure as compared to the difficulty of producing it from uniform structure, one of the above sequences seems likely.  A different origin is not impossible, but one or both of the above seem to fit the action of natural selection.