A dilemma is presented by the broad and deep background that is desirable for creativity - it can be an impediment to an unbiased view and preoccupy us with thinking that has not produced a solution. "A fresh approach is then more difficult than it would be for an intelligent, ignorant neophyte."

If you come up with a good idea without having studied the subject intensively, you won't know whether it has been done before or if some evidence exists showing it is impractical.  A second approach can be useful to both expert and neophyte, the development of a questioning attitude.

"A questioning attitude must be balanced with a confidence in the existence of solutions, answers, and causality.  Rather than let knowledge of an uncertainty principle escape its bound of valid application and erode our confidence in areas it has no application, we should focus on the universal relationship of cause and effect.  For every question, there is an answer, if only that the question is nonsense.  A questioning attitude can dampen the free flow of ideas.  Negative expressions are wisely excluded from group brainstorming sessions in the initial proposal developing stage.  Realistic evaluation comes later."

So, a questioning attitude, keep it reasonable.  The following cartoon may apply. 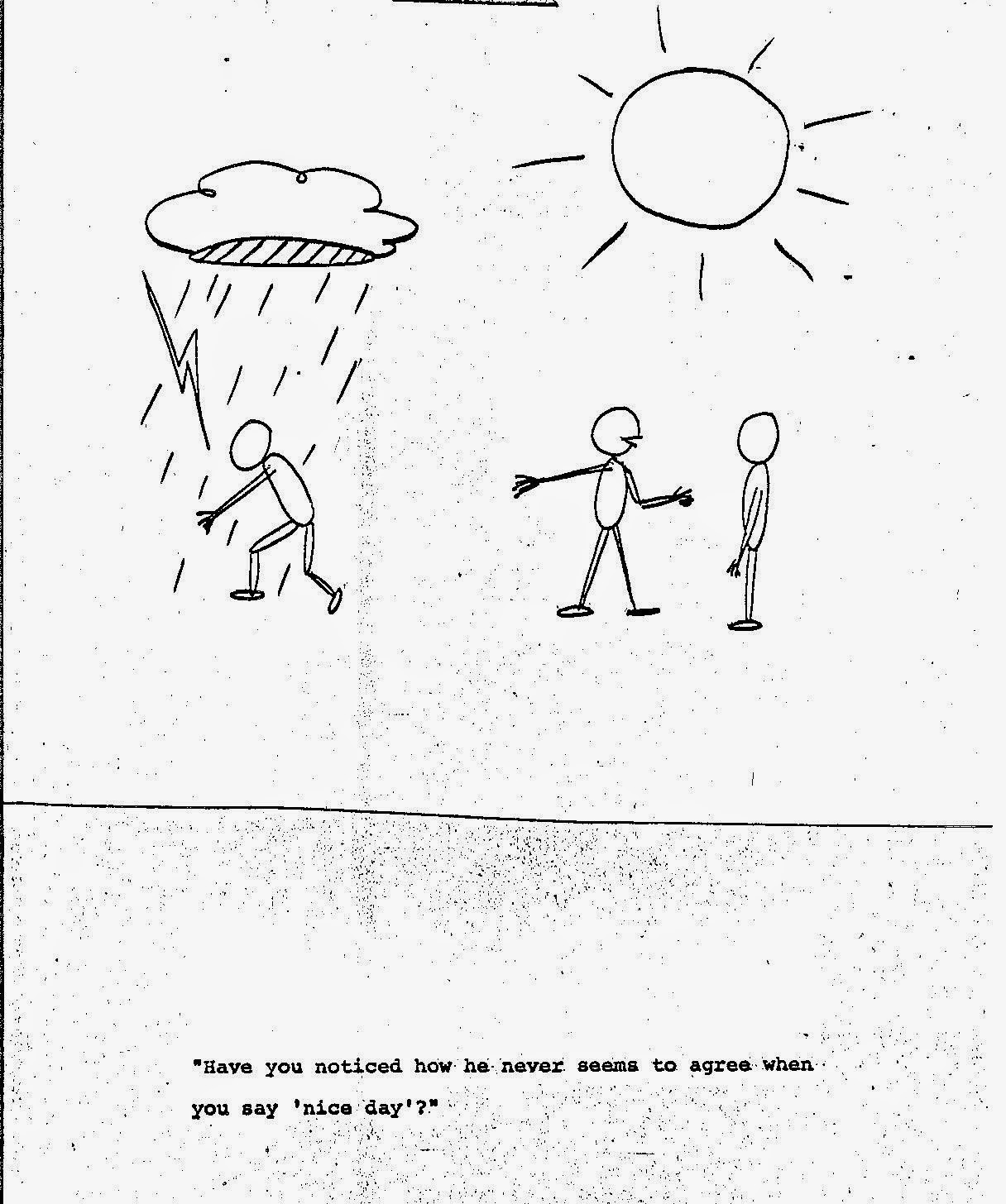 "Our minds can become channelized by factors other than the knowledge of literature and accomplishments in the subject.  Just as we use repetition to learn and fix things in our mind, repetition will make the implausible seem axiomatic.  This is a special danger to those ignorant of the the subject and in the favorable position of viewing it freshly.  The first idea, unless readily disproved, has the greatest chance of being repeated.  Succeeding ones have progressively less chance of taking the favored position.  Perhaps some people cherish their own idea because it is their only one."

The cartoon below speaks to the subject. 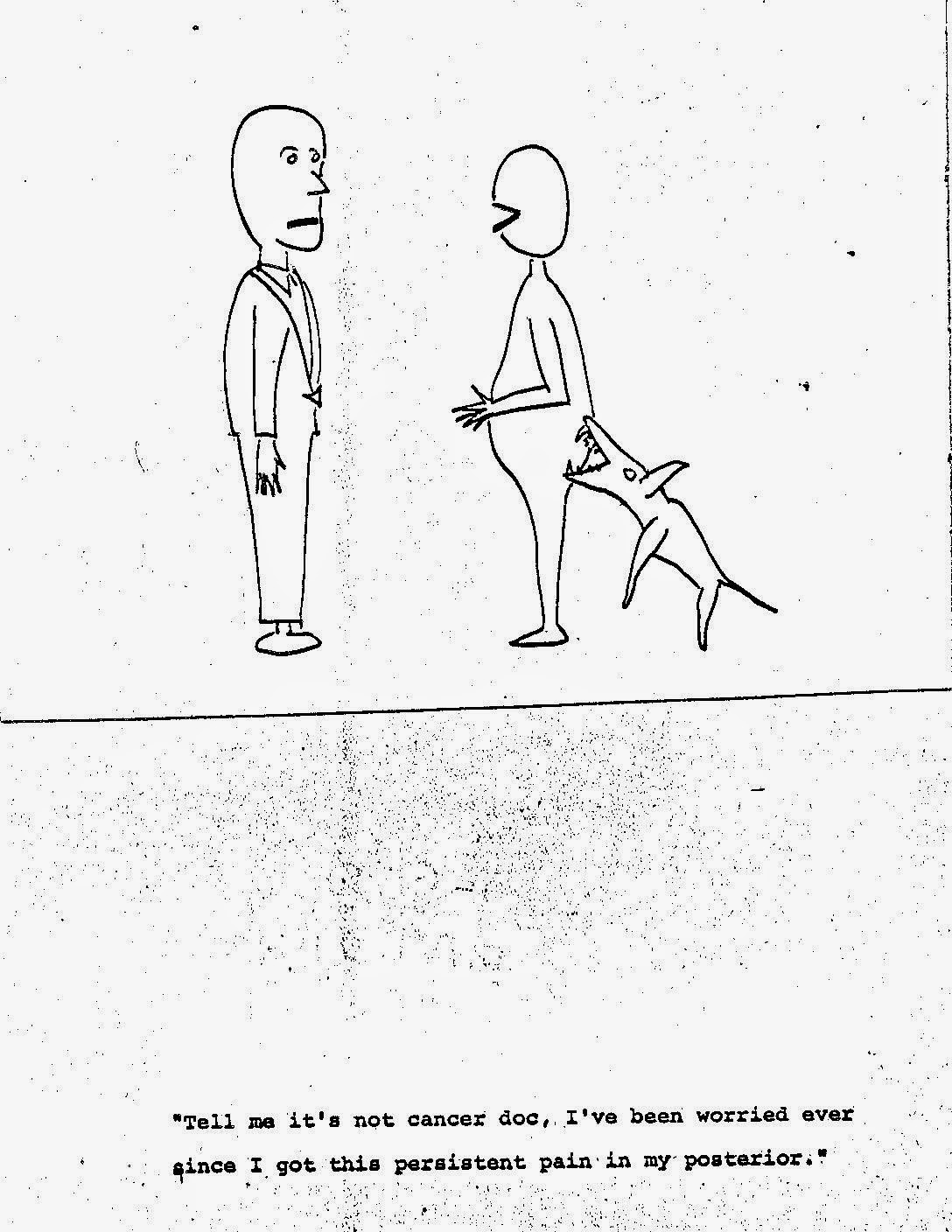 The caption says "Tell me it's not cancer doc, I've been worried ever since I got this persistent pain in my posterior."

"It is worth attempting a little self analysis to determine our personal quirks so we can compensate for them.  Do we reject the new?  Do we overvalue and revere the new experience just because it is new?  Is the old outmoded?  Is the old the proven best?  Do we delight in complexity, or simplicity?  Can we answer always to any of the preceding? If so we may have a built in bias toward or away from some ideas.  The hypochondriac, those with special fears, and those with special love do.  Don't we all?"

"Honesty is essential to the maintenance of creativity.  Honesty with others will reduce self-deception.  Honesty does not mean that everything known must be used or told."

The cartoon for this subject follows. 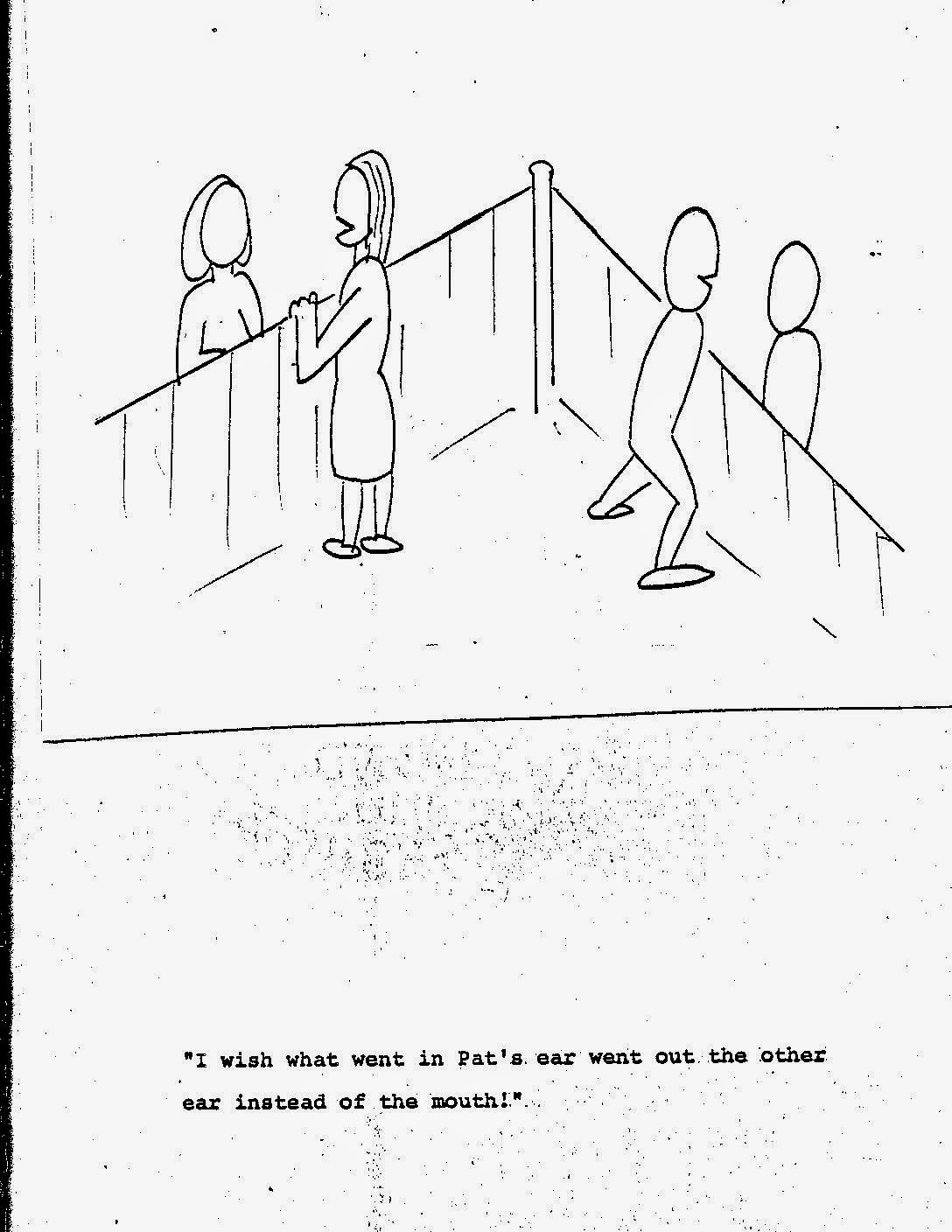 The caption says "I wish what went in Pat's ear went out the other ear instead of the mouth!"


Quotes and cartoons are from Chapter 4 of my unpublished 1974 manuscript, "The Two Way Street: One Approach to Creativity"

Posted by Evolution Insights at 2:16 PM