"The weather outside is frightful"

Is the way an old song in a movie starts.  Then it moves on to positive things about a relationship.  Well, I just was doing somewhat the same after looking out the window.  Snow was coming down in bursts to add to the already significant accumulation.  But it was no where near the amount Boston had been experiencing.  As long as power doesn't go out the gas furnace will run and keep us reasonably warm.  As I lingered over coffee and my last piece of toast, I started musing about the value of a snow storm.

They were an important part of the way God made the world where we live.  The Great Lakes wouldn't exist if enormous glaciers of the not so distant ice ages had not carved them deeper by successive advances from what is now Canada.  Where bed rock is visible the scratches of embedded rocks the glaciers picked up show how they did the job of gouging out the lakes efficiently.

The melting glaciers left a large quantity of the load of rocks and sand they were carrying to form a deep layer of glacial till deeply covering places such as southern Michigan.  That till was layered in many places by the flow of melting water. So layers of rock, sand, and clay are able to provide an abundant source of ground water that is relatively pure until we pollute it by some of our activities.

Mountain glaciers still exist.  Many are getting smaller or even disappearing.  The annual snow fall can still replace much of the supply for summer melt to maintain streams and water resources of western states.  But it is not as reliable.  I understand "Grasshopper Glacier" in Glacier National Park has disappeared.  It used to release locusts of no longer existing species, captured in its accumulation in the distant past, from the melting front of the glacier. 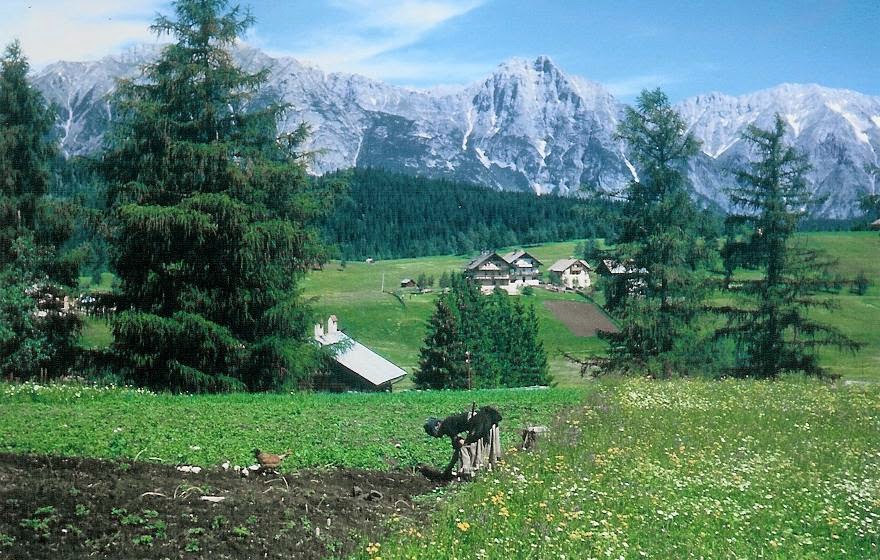 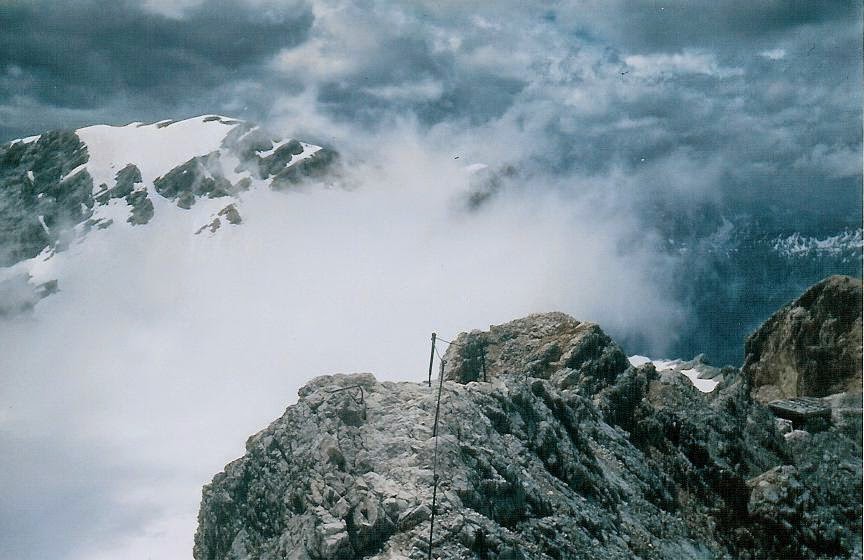 A small glacier on top of the Zugspitze, the tallest mountain in Germany

Although global warming is currently having a considerable affect on the Northern Hemisphere glaciers, those of Antarctica may still be growing or maintaining themselves.  Once the continental glaciers of North America melted sufficiently, their elevation was not enough to keep snowfall and temperatures at levels to compensate for summer melting.

In Michigan, enough rain falls to replenish the ground water.  The soil does a pretty good job of purifying the water of contaminants from simple agricultural and domestic activities.  Deep well injection of wastes, fracking, and waste dumps improperly sited and sealed can drain into deep aquifers used for well water supplies without soil being able to effectively oxidize, filter, or somehow remove toxic wastes.

Aquifers can be enormous.  One in the United States runs from some distance west of northern Illinois for hundreds of miles to the southwest.  But heavy use of well water for irrigation has depleted its store of water at a rate exceeding replacement.  A somewhat similar phenomenon is affecting oases in the northern Sahara.  There, the lowered water table of the enormous store largely left during the ice ages has caused browning and death of some vegetation around the periphery of oases.  And some wells show progressively deeper excavation to reach water.

With or without global warming, the seasons will continue.  Short term effects on an annual basis will favor selection for either or both, a north-south oriented seasonal migration, or adaptions for either cooler or warmer conditions.  Long term effects are similar, but continuation of the same alternation can result in greater change in a species.

Lighter coloration and chunkier bodies are selected for in colder regions.  Greater development of melanin pigment in the skin reduces U-V light penetration, thus the production of vitamin D in the skin is less likely to reach toxic levels in tropical climates.  Distribution, types, and amounts of hair, fur, or feathers are simple evolutionary solutions for adapting to light and temperature of local conditions.  Migration provides a substitution of behavioral change for physical change needed to adapt to climate.

Speed of climate change may be too great for annual migration or adaptation to prevent extinction.  Will polar bears survive if summer ice is eliminated in the Arctic Ocean?  I don't know.  Did rapid warming reduce appropriate habitat for mastodons and mammoths, or did early human hunters eliminate them? I don't know.  Perhaps it was both acting together.

Species can often adapt by migration over longer periods of time to new favorable locations unless too much desert, ocean, or mountain range, or intervening populations of predators, or other unfavorable habitat intervenes.  It would have been hard for a mammoth to find a log to float on across the Gulf of Mexico.  East-West migrations were successful in making Europe, Asia, and North America share very similar groups of species of plants and animals.  A land bridge formed between Russia and Alaska was a major factor.  Fresh water along the glacial front in that area probably enabled many genera of fresh-water fish that are now shared reach the opposite continent.

Will I have to wait for confinement by another snow storm now or next year, or will a summer thunder storm that keeps me off the golf course provide an inspirational interlude?

Posted by Evolution Insights at 9:38 AM